The authors describe “iris-assisted,” open-sky, continuous curvilinear capsulorhexis (CCC) in a triple procedure combining corneal transplantation, cataract extraction, and intraocular lens implantation. They do not use miotics or mydriatics. Patients receive oral acetazolamide (250 mg), intravenous mannitol (5 mL/kg), and Honan balloon at 30 mm Hg for 20 to 30 minutes before surgery. After trephination and excision of recipient cornea, the pupil assumes a mid-dilated position. After injection of 2.3% hyaluronic acid into the anterior chamber, a central linear incision is made in the anterior capsule using a cystotome needle and a CCC is made (approximately 5.5 mm) along the pupillary margin with CCC forceps. The mid-dilated iris can “assist” by resisting posterior pressure to reduce the risk of capsular extension. The nucleus passes through the capsulorhexis following hydrodissection. The keratoplasty is completed followed by cortex removal and in-the-bag intraocular lens implantation, which are facilitated by the CCC in a closed system. [Ophthalmic Surg Lasers Imaging 2012;43:500-503.]

INTRODUCTION
Phacoemulsifi cation during a triple corneal procedure makes surgery easier and safer in a closed chamber.1 In a hazy or opaque cornea, the surgeon may rule out closed-chamber phacoemulsifi cation and must perform an open-sky extracapsular extraction. 1 During a triple procedure, completion of continuous curvilinear capsulorhexis (CCC) allows for better centration and stability of the intraocular lens (IOL).2 However, a capsulorhexis may be diffi cult to perform due to increased positive pressure after corneal trephination. Thus, Malbran et al.3 suggested capsulorhexis after removal of epithelium and half-thickness trephining of the cornea. Ardjomand et al.4 reported a technique to visualize the anterior chamber even in cases with severe corneal edema using lamellar corneal dissection. However, the anterior capsule may not be visible in total corneal thickness haze. Caporossi et al.5 suggested performing counter pressure to the center of the lens with a large spatula during CCC to oppose posterior pressure. Ozkiris et al.6 compared open-sky capsulorhexis with and without trypan blue, but capsulorhexis was not completed successfully in 9 eyes (47.3%) without trypan blue and peripheral radial tears developed.
We describe a safe and reliable technique to perform open-sky CCC without mydriatics or anterior capsular staining in patients with total corneal thickness haze. CCC can be easily performed under a middilated iris, which can resist positive pressure.

Before surgery, all patients received intraocular pressure- lowering treatment including oral carbonic anhydrase inhibitors (acetazolamide 250 mg) and intravenous hyperosmotic agents (mannitol 5 mL/kg). We do not use miotics or mydriatics before surgery. Operations were performed under general anesthesia with nondepolarizing muscle relaxant or retrobulbar block and Nadbath facial nerve block with 1- to 1.5-mL mixture of 2% lidocaine hydrochloride and 0.5% bupivacaine hydrochloride (7:3) by a single surgeon (ECK). Honan balloon was applied at 30 mm Hg for 20 to 30 minutes before general anesthesia or after retrobulbar anesthesia. A 7.25- to 7.75-mm Hessburg-Barron vacuum trephine was used to make a full-thickness incision, which was completed with corneal scissors. After trephination of recipient cornea, the pupil assumes a mid-dilated position (Figures 1A-1B). The middilated pupil can resist positive pressure and prevent anterior lens movement. A high-viscosity ophthalmic viscoelastic device (Healon 5; Abbott Medical Optics, Abbott Park, IL) was injected into the anterior chamber, which promotes mid-dilation of the pupil. Using a cystotome needle, a central linear incision in the anterior capsule was performed, and a CCC was completed along the pupillary margin (Figure 1C). The estimated size of the CCC was between 5 and 6 mm.
The nucleus passes through the capsulorhexis following hydrodissection (Figure 1D). The donor cornea was sutured with 24 interrupted 10-0 nylon sutures or 8 interrupted and 16 continuous sutures to the recipient bed. A 3-mm wide, short temporal limbal tunnel was prepared, and aspiration of cortex using irrigation and aspiration (Figure 2A) was completed. A one-piece acrylic posterior chamber IOL was implanted (Figure 2B). The 3-mm incision was sutured with 10-0 nylon. At the end of the procedure, gentamicin sulfate and dexamethasone sodium phosphate were given subconjunctivally and 2% pilocarpine was instilled on the ocular surface. This technique was performed in 11 eyes without intraoperative complications, and successful completion of the CCC was achieved in all eyes.

In a triple procedure, cataract extraction is usually performed using the open-sky approach if the cornea is not suffi ciently clear to visualize the anterior capsule and lens. Open-sky CCC has a higher risk for multiple complications including radial tear, posterior capsule tear, and other complications leading to vitreous loss.7
To perform “iris-assisted” open-sky CCC, it is essential to decrease intraocular pressure before surgery. We used oral carbonic anhydrase inhibitors and intravenous hyperosmotic agents and Honan balloon before surgery. In addition, we performed general anesthesia with nondepolarizing muscle relaxant or retrobulbar anesthesia with a small volume (1 to 1.5 mL) of anesthetics. Nadbath facial nerve block may avoid intraocular pressure increase during surgery because it prevents orbicularis contraction.8 After corneal trephination, a high-viscosity ophthalmic viscosurgical device (Healon 5) also helps the pupil dilate and resist positive pressure.
“Iris-assisted,” open-sky CCC has multiple advantages. First, a relatively small pupil will resist positive pressure from the lens and will protect against anterior capsule extension (Figure 3A). Ophthalmic viscosurgical devices with high viscosity may also help to resist positive pressure. Second, a mid-dilated pupil acts as a guide for the appropriately sized CCC (approximately 5.5 mm) so the nucleus can easily pass through the capsulorhexis following hydrodissection. Aborted CCC with radial tear can cause incomplete irrigation and aspiration of the cortex, uncertain or unstable placement of the IOL, posterior capsule rupture, vitreous loss, and prolonged open-sky time with presumably higher risk of choroidal effusion and even expulsive hemorrhage.9 Thus, avoidance of this complication by methods such as the “iris-assisted,” open-sky CCC is advantageous.
CCC has multiple advantages over the “can-opener” capsulotomy. First, we can remove cortex more safely and reliably in a closed chamber system, and thecapsule can be polished if necessary.6 Second, there is less risk of capsular rupture during cortex removal or IOL insertion with extension of radial tear.6 Third, CCC produces a strong capsular rim that resists tearing even when stretched during hydrodissection and lens nucleus removal.6
We aspirate cortex and insert the IOL through a 3-mm limbal incision after transplantation of the donor cornea. Cortex can be removed clearly and the IOL can be inserted through a 3-mm limbal incision without endothelial damage in a closed chamber. Open-sky cortical removal would be more diffi cult with a middilated pupil. To avoid this potential diffi culty, we aspirated cortical material in a closed chamber system after suturing of the donor cornea. Insertion of the irrigation and aspiration handpiece in this system resulted in further dilation of the pupil, thereby facilitating subsequent cortical removal. If the IOL is inserted before transplantation, it may touch the corneal endothelium and endothelial damage may happen during transplantation despite constricting the pupil.
Multiple techniques of CCC in triple surgery have been reported.3-6 Some authors performed lamellar dissection to visualize the anterior lens capsule,3,4 but this approach cannot be used in all cases of opaque corneas. Caporossi et al.5 suggested counter pressure with a large spatula during CCC, and Ozkiris et al.6 performed open-sky capsulorhexis with and without trypan blue. However, we propose that use of a mid-dilated pupil provides safer and more reliable resistance to posterior pressure to prevent a radial tear of the anterior capsule during CCC.
Previous work indicates that the iris loses nearly half its volume from a pupil diameter of 3 to 7 mm, probably by eliminating extracellular fl uid.10 In addition, pupil dilation reduces surface area and cross-sectional area of the iris.10 We propose these changes cause lens movement anteriorly because reduced volume and area of iris cannot resist positive pressure (Figure 3B).
One limitation of this surgical technique is that lens nucleus extraction can be more diffi cult when the surgeon makes a small CCC with an extremely dense nucleus. Thus, the surgeon should pay extra attention to make the CCC as large as possible along the pupillary margin in cases with dense cataracts. Furthermore, a CCC diameter between 5 and 6 mm may only apply to patients with less than mature cataracts. Also, performing the CCC along the pupil margin or possibly under the iris could be inappropriately challenging for a novice cataract surgeon. The operation under a smaller pupil did not increase surgery duration. The benefi ts of our proposed technique could be shown more conclusively in a case–control or prospective study with a larger number of patients.
An additional consideration is that the routine use of oral and systemic ocular hypotensive medications increased our success rate for completion of CCC. However, we would propose that the “iris-assisted” technique still provides possible benefi t with minimal disadvantages.
To our knowledge, this is the fi rst report to describe the technique of “iris-assisted,” open-sky CCC. CCC can be performed under adequate iris area and volume, which can resist positive pressure, thereby facilitating successful completion of the CCC. 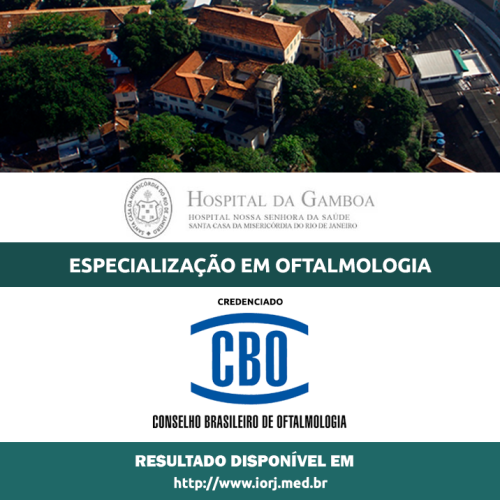